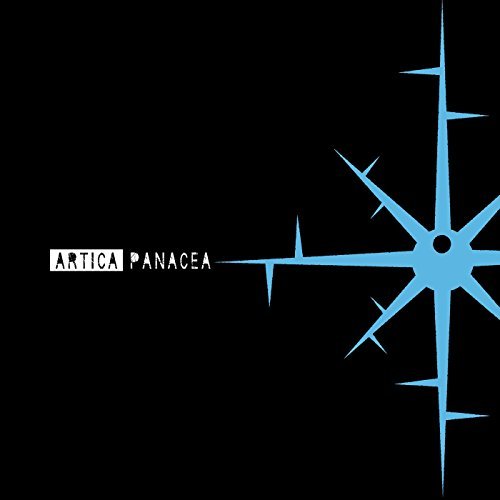 The Artica project began in 1989 with a style close to what in those years was called Dark, Cold Wave and Gothic-Rock music.
It took some years before the band could find it’s own musical identity. The fist expression of this was, on February 1993, the first demo-tape Marea, featuring 8 tracks with italian lyrics.
Good responses came from all over Italy but also from France, Germany and England.
In 1993 the band participated in several compilations and, gaining the interest of Olivier Paccaud (Lucie Cries – Alea Jacta Est), appeared for the first time on a CD support for Alea Jacta Est sampler “l’Appel De La Muse, vol. IV”, with a mix of the track ‘Preghiera’.
The interest in the band increased in Italy and abroad and even more after the release of the second demo-tape, “Dahlia” (February 1994) .
The number of the participations on ambitious compilations, such as `Gothic-Rock II’ (Jungle Records) and `Death by Dawn 2 – The Avenger’ (Apollyon Records), increased.
On top of this in 1994, Mick Mercer included Artica in the third “Gothic-Rock book” and soon after came good responses also from “gothic monsters” like Bari-Bari (Mephisto Walz), Mike Van Portfleet (Lycia/ Bleak), GodKrist (Madre Del Vizio), Patrick Hendrix (The Breath Of Life), Dave (Vendemmian), etc.
Thanks to Jörg Kleudgen (The House Of Usher) Artica’s music came in the hands of Joelen Mingi (Angina Pectoris), at that time manager of the german label Nyctalopia and in May 1995 the first album CD `Ombra e Luce’, featuring 12 tracks (partly taken from the two previous demos and partly new), was finally released.
In April 1996 the band refuses a new contract with Nyctalopia and begins a new recording session for a forthcoming CD titled `Natura’, produced on July 1997 by the Italian label Radio Luxor.
During the releasing of Natura, the English label Euromedia produces the new Mick Mercer’s compilation The Hex Files vol. 2 – The Goth Bible” where the band is featured with the new track `Lucrezia’.
One year later Radio Luxor prepares a tribute to Virgin Prunes and Artica appear with a very personal cover of “Caucasian Walk”.
After a long period of silence in April 1999 the band started a new long term collaboration with Decadance Records that brought to the release of the new album ‘Plastic Terror’. Mostly sung in english, this brand new and suffered Cd is actually the very best expression of 16 years of music.
After a slit up and several alternative projects the band rejoined in 2012.